← back to
Carrier Records
Get fresh music recommendations delivered to your inbox every Friday.

Concerning the Nature of Things 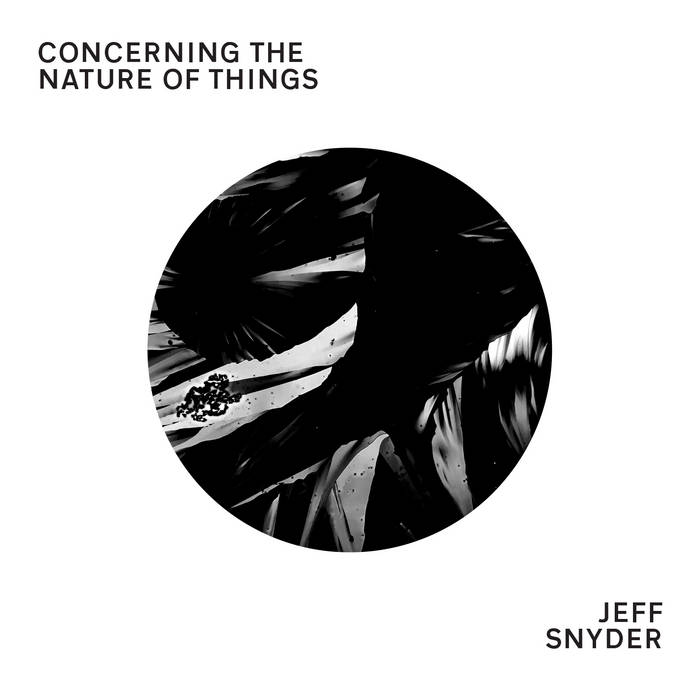 The album:
Following on the heels of Sunspots, Jeff Snyder’s debut solo analog synthesizer album released this past January, Concerning the Nature of Things is a striking collection of Snyder’s concert music, performed by internationally-renowned musicians. The album is a bold statement of Snyder’s unconventional artistic voice, blending influences from medieval polyphony, algorithmically-generated Brazilian rhythms, and experimental noise music into a singular musical vision.

Four of the five pieces feature unusual electronic instruments invented and built by Snyder, many of which produce sound through acoustic resonators instead of speakers, and are designed to encourage nuanced expression from the performers, creating a visceral and corporeal quality of tone.


The pieces:
Concerning the Nature of Things is a tour-de-force of Snyder’s alternate-reality Early Music, showcasing an ensemble of invented instruments (Treble and Tenor Contravielles, Resophonic and Bass Mantas, and the Birl) created by the composer and performed by members of Wet Ink Ensemble Eric Wubbels, Josh Modney, and Erin Lesser, and the voices of Gabriel Crouch (King Singers, Gallicantus) and Pulitzer-prize-winning composer Caroline Shaw (Roomful of Teeth, Kanye West), singing text from Renaissance scientist and magician Paracelsus. Strange, buzzing, just-tuned chords ring out from the ensemble, weaving nostalgia for a misremembered past that never was.

Fictitious Forces, performed by So Percussion member Jason Treuting, is a percussion quartet composed for the Drumbox, a sensitive electronic percussion instrument developed by Snyder, in combination with traditional acoustic percussion instruments. Its complex interlocking rhythmic hockets, generated via algorithm, push at the edge of our perceptual pattern recognition abilities, while the human performance of these computer dreams lends a fierce energy to the work.

Substratum, written for and performed by Susan Alcorn (Mary Halvorson Octet) and Mivos, is perhaps the first use of the pedal steel guitar (generally found in country music and the “sacred steel” gospel tradition) paired with a traditional string quartet. Harmonically reminiscent of Stravinsky, Feldman, and late Ligeti, the piece develops like an intricate root system, with the voices slowly twisting and intertwining as they search the musical space. A video of the piece, directed by Caroline Key (Grace Period), accompanies the release.
(www.youtube.com/watch?v=3AexIA2vzsM)

Undeciphered Writing, which was conceptually inspired by fragments of texts in lost languages, progresses mysteriously in and out of blurred tonal fragments and eroded sound textures. The piece is performed by Sideband on a consort of instruments built by the composer (Treble and Tenor Contravielles, Resophonic and Bass Mantas, and a set of Forceboxes). A video of the piece accompanies the release: (youtu.be/l_Z-kNqrGzM)

Ghost Line, also performed by Sideband, uses webcams as instruments, with the pixel data from the cameras interpreted as audio waveforms. The performers alter the sound by moving within the frame, or by processing the video stream (altering the x and y resolution, adjusting the focus, or changing the speed or direction of the image scan). Resonant just-tuned sonorities devolve into aggressive clusters of noise, producing a masterful mix of patient harmonic changes and dense, frenetic timbral shifts. A video of the piece accompanies the release.
(vimeo.com/178109305)

recorded by Patrick Higgins at Future Past Studios

Cover image is a photograph of crystals under a microscope by Waad AlBawardi (www.waadalbawardi.com), from her Secret Life of Crystals series.

Bandcamp Daily  your guide to the world of Bandcamp